The proposal to enhance and recover public space in Glòries Square has led to the need for provisional development of a residual space created by the diversion of one of the city’s main arteries, the Gran Via. The proposal is to generate a new site for possible events linked to its excellent location, surrounded by important facilities such as the Design Museum of Barcelona or the Mercat dels Encants and housing next to the metro entrance. 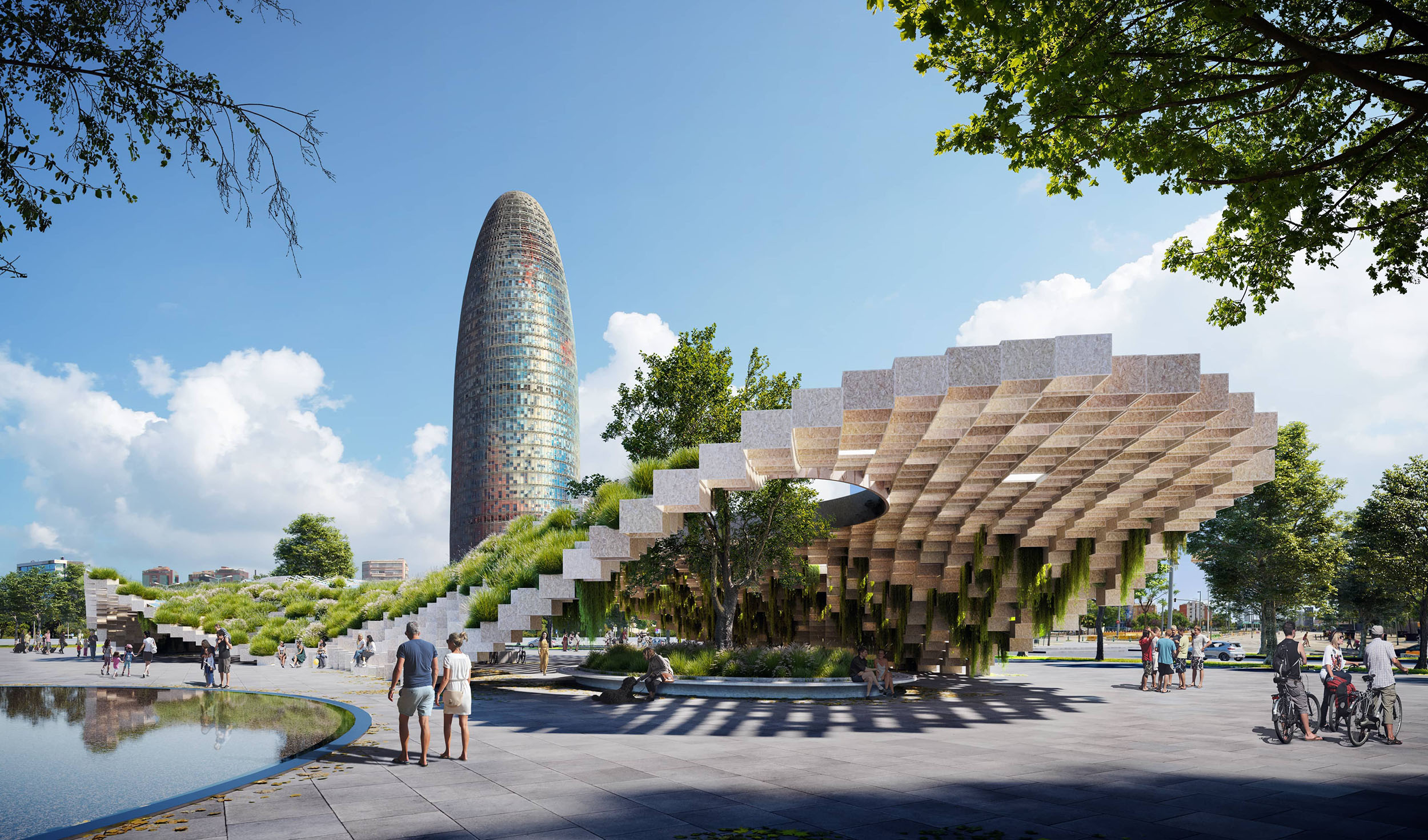 Solar analysis was conducted to distribute the program of needs in an efficient manner, resulting in rest areas, vegetation, and photovoltaic panels. 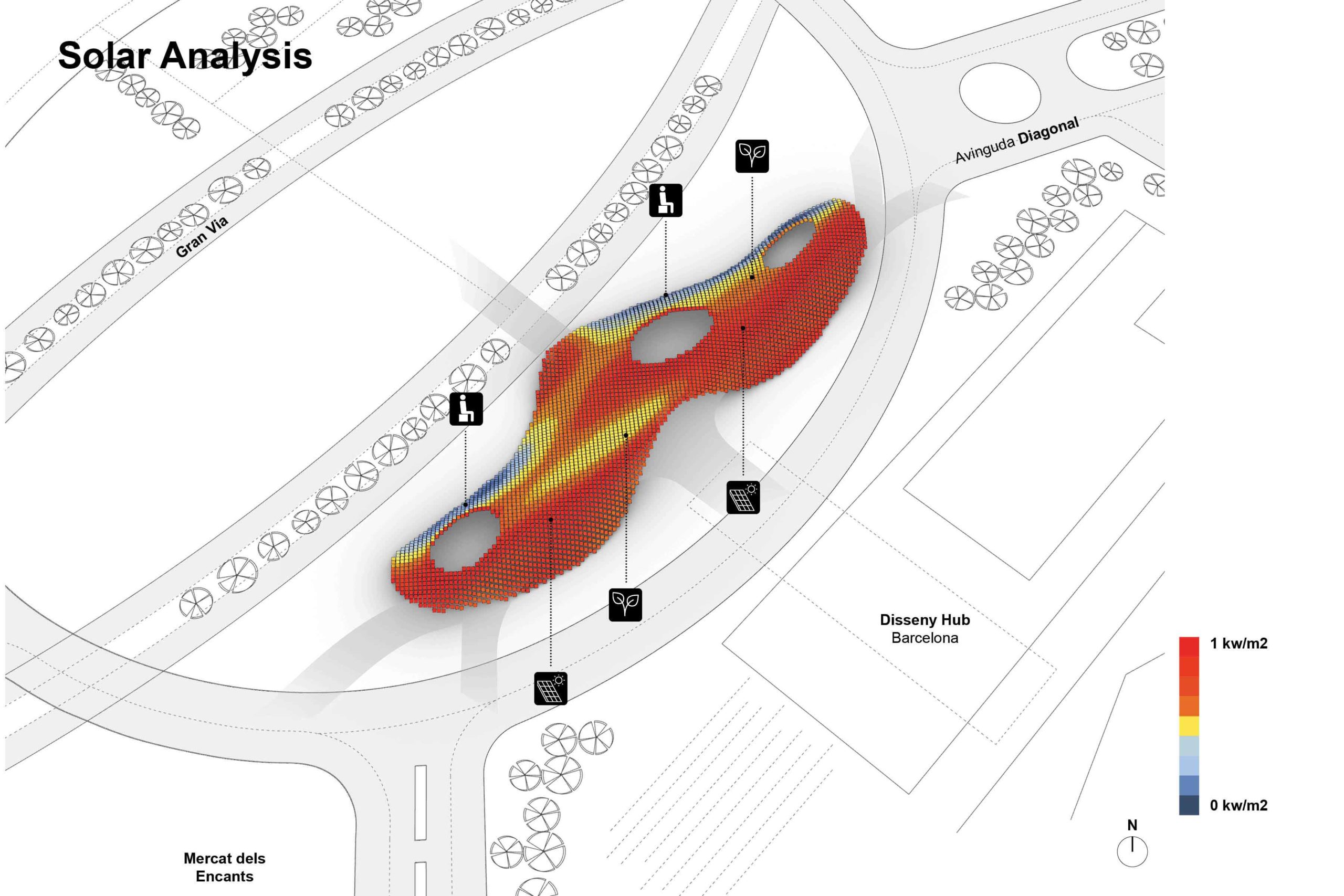 In this scenario, ON-A and Bioo collaborate on design and technology to create a reusable structure that meets various parameters from the start, which were relevant in the design process. One of the main parameters is sustainability, for which reason the composition is linked to the use of recyclable material through fiberboard. 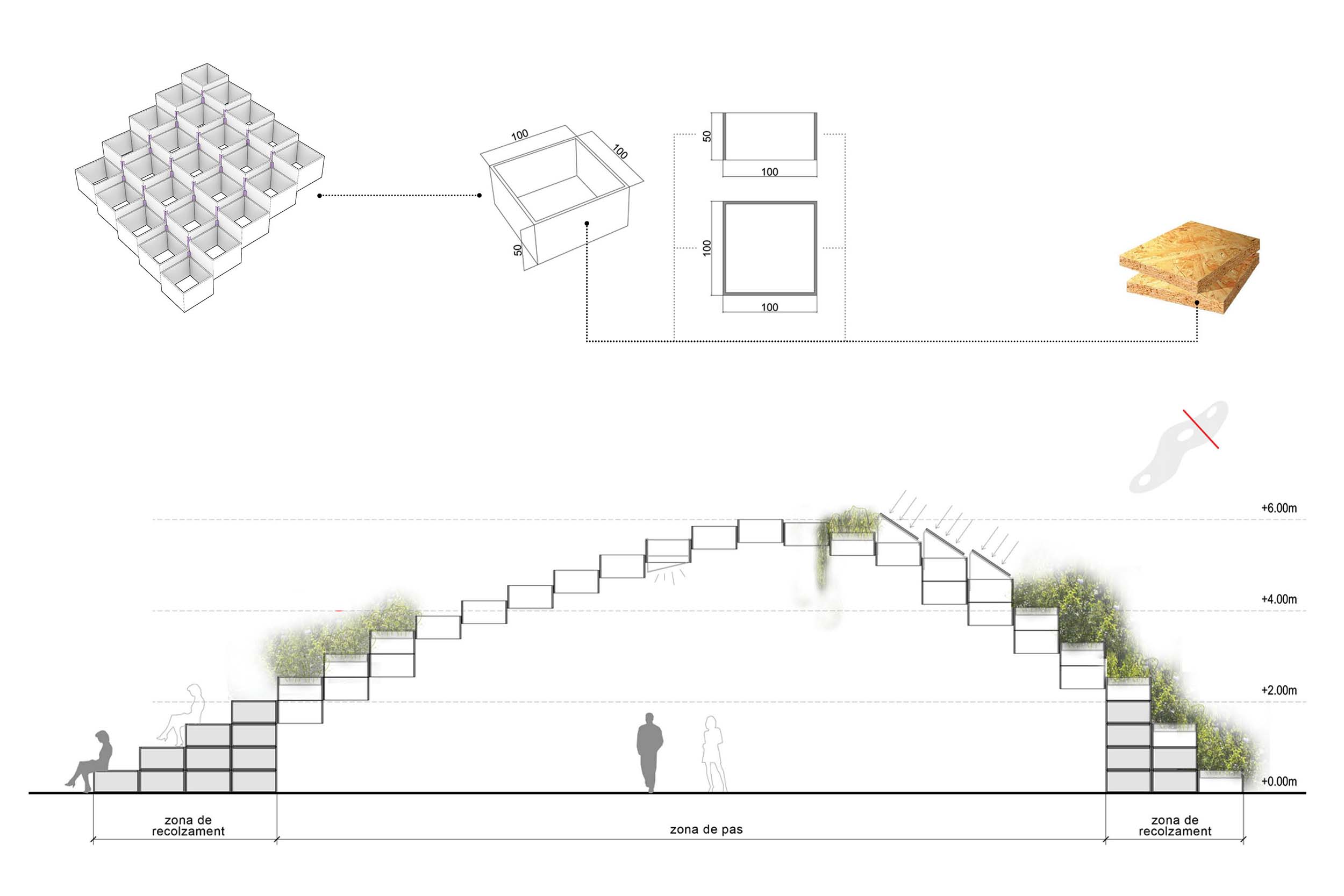 As part of the project, the Bioo Panel system was integrated, which consists of four bio batteries that produce 2.14wh/day of 100 % clean energy. Apart from that, the project includes solar panels to produce more energy and, in addition to the basic requirements of solar protection, it uses geometry and a plant cover that reduce carbon emissions per year which makes it a major milestone in an area of architectural developments.

The BioBox is composed of four Bioo panels, created by Bioo© – these biological batteries collect electrons from the decay of organic substances in the ground by natural microorganisms generating 100 % natural energy during the day and at night. 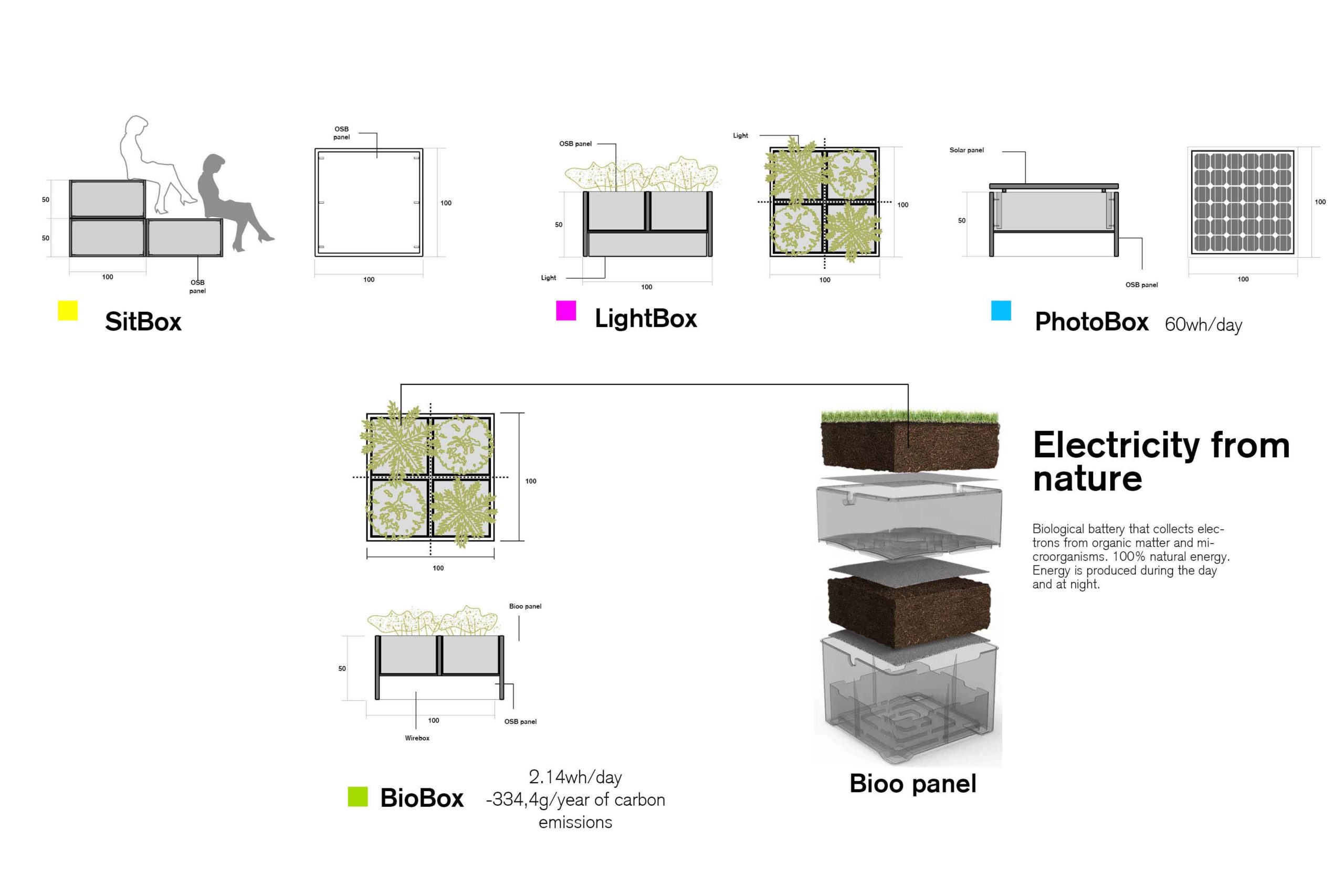 Pergola
The result is an interactive pergola that is organic in terms of its adaptation to the site and the predetermined program. An infrastructure capable of protecting, collecting, and generating parallel scenarios is achieved through a modular grid that becomes a programmatic topography and container of different uses following parameters of orientation, proximity, and pre-existing flows during the day – a system that despite its transience guarantees its future adaptations for different recreational scenarios. 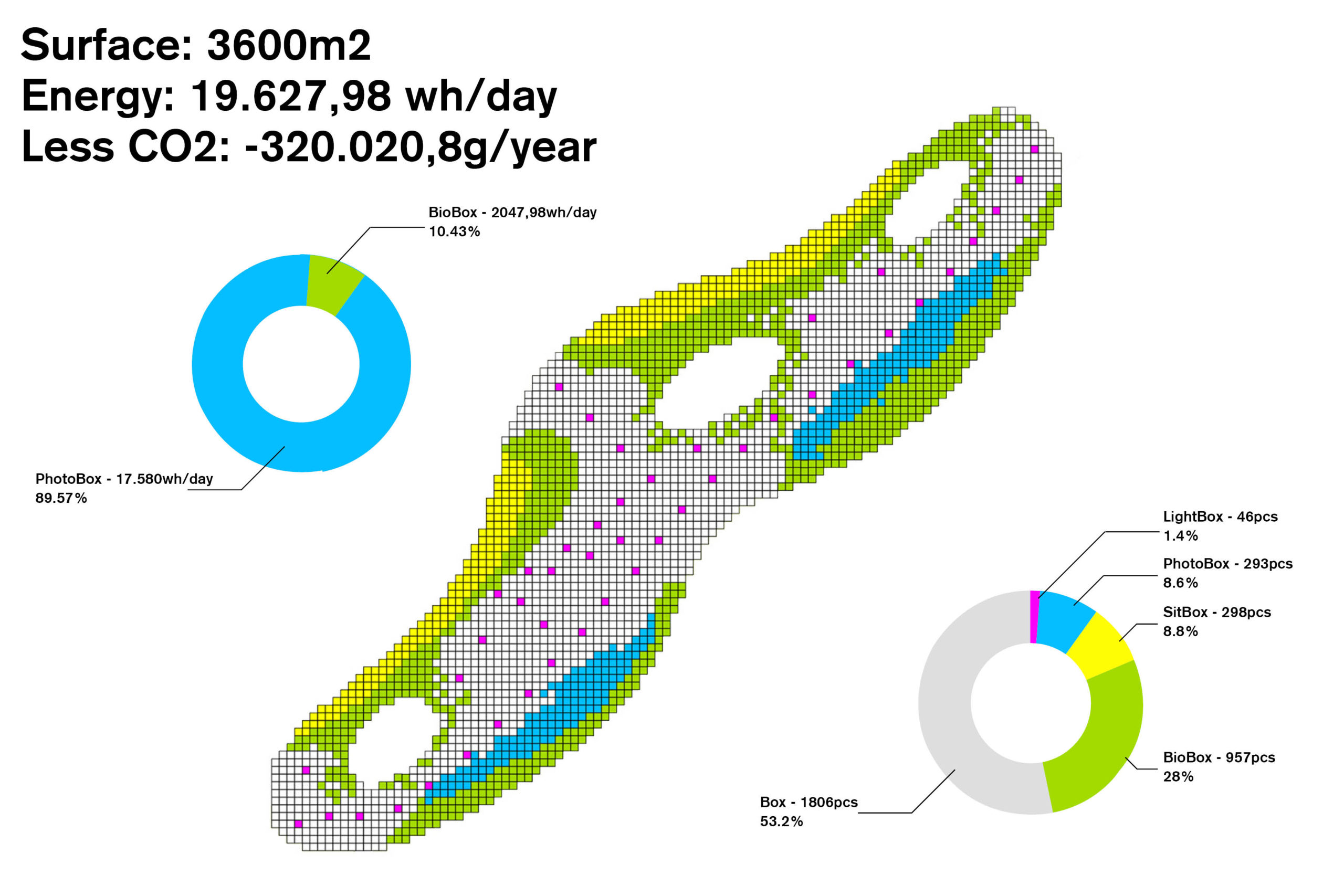 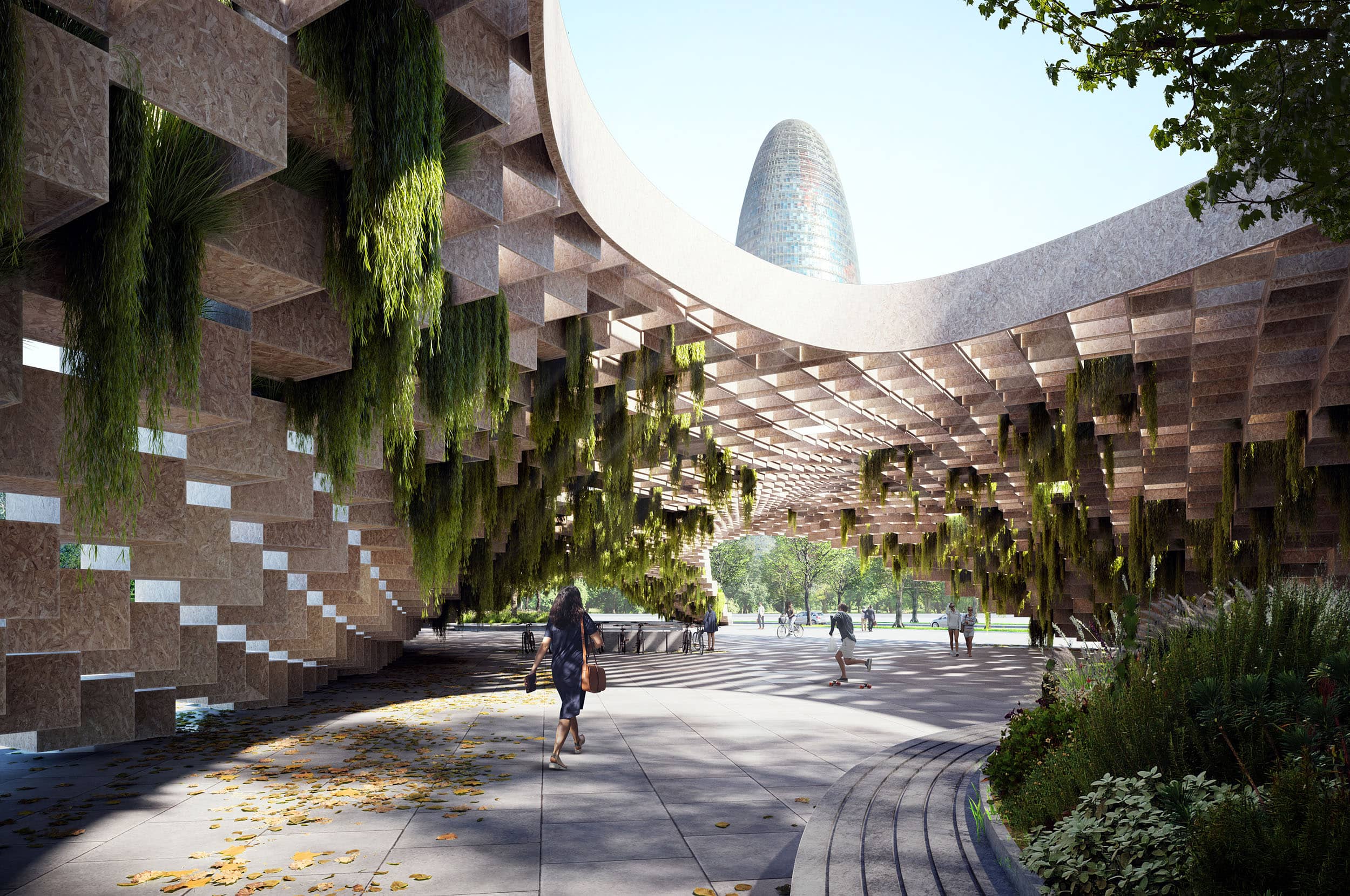